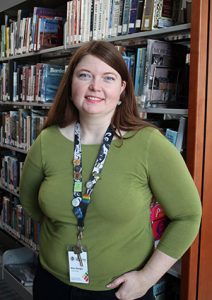 “There’s a lot of overlap between librarianship and social work,” Elise said. “Both value meeting people where they are, confidentiality, and connecting people with resources.”

Elise, who has both a master’s degree in Library and Information Science and is a licensed master social worker, has worked at Athens-Clarke County Library since 2018 – first as a circulation substitute, then as a reference librarian, and now as a social worker. The position began as a part-time role in December 2021 but became full-time in November 2022.

Elise goes on daily rounds at the library to assess patrons’ needs, holds office hours for drop-in visitors, and books appointments for more complicated issues. She is also the field supervisor for two first-year master’s level social work students from the University of Georgia. Just like other library offerings, Elise’s services are free to the public.

“Affordable housing is the biggest issue we see, along with the need for technology assistance in accessing community resources,” Elise said. “Everything requires an online presence these days: applying for food stamps, Medicaid, housing, job applications, and even job onboarding. Some people don’t even have an email address. A lot of times, the library’s computer staff will notice someone needing extra help and will refer them to me.”

As the library’s social worker, Elise has a high level of knowledge to connect people with the help they need, including names of contacts at relevant organizations and requirements for receiving assistance. She has helped patrons secure housing, food assistance, and even physical items that make life easier.

“Recently, I worked with Bike Athens on a referral for someone experiencing homelessness who was excited about getting a bike and being able to get around town on their own. I was able to pass on a sleeping bag for a regular who was sleeping rough when it was so cold last week,” Elise said. “We even got and passed on a donated cat carrier for someone caring for kittens while living in a tent.”

Elise has also already helped secure new partnerships at the library. She’s worked with the Athens Area Diaper Bank to provide free diapers and wipes in the library’s children’s area restrooms and the Period Project at the University of Georgia to provide menstruation supplies in all library restrooms.

Throughout 2021, Elise helped an average of 10 people each week with everything from simple questions to applying for housing vouchers. Since increasing the position’s hours, the number of people she helps each week has doubled. The library expects that even more people will benefit from this service as word continues to spread.

“It is definitely something that was needed,” Athens Regional Executive Director Valerie Bell said. “Librarians are helpers at heart, and we’ve always been eager to offer assistance to those who need it. Having a social worker on staff gives us – and our patrons – the advantage of having someone available who is trained in providing a higher level of support.”

The library received a Community Catalyst Initiative grant from the U.S. Institute of Museum and Library Services in 2018 to fund its Trauma Informed Library Transformation (TILT) initiative. The library partnered with the University of Georgia School of Social Work, which provided social work student interns, staff training, policy reviews and more as the library worked to become the first trauma-informed library in Georgia. The grant ended in 2020, but the program’s success provided momentum for the library to create a new staff position last year.

“Bringing social services to the library supports patrons experiencing difficulties,” Elise said. “It also supports the library and staff who are increasingly asked to deal with inquiries beyond regular library service.”

Valerie and Elise say having a social worker on staff has already made a difference in patrons’ lives, and they look forward to more success stories in the future.

“We are glad we have been able to add this service at Athens-Clarke County Library,” Valerie said. “It is encouraging to see people benefitting. I think the impact will only grow in the months to come.” 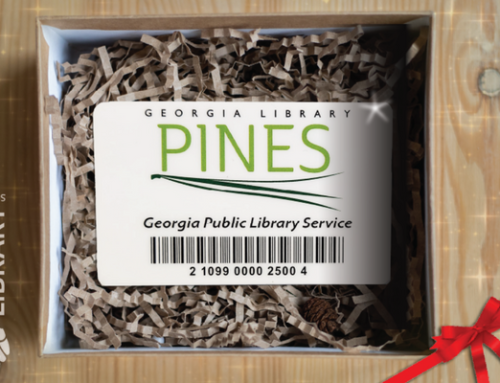 Get more this season from your public library! Gallery

Get more this season from your public library! 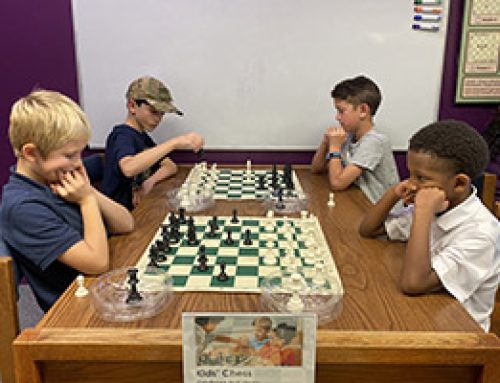 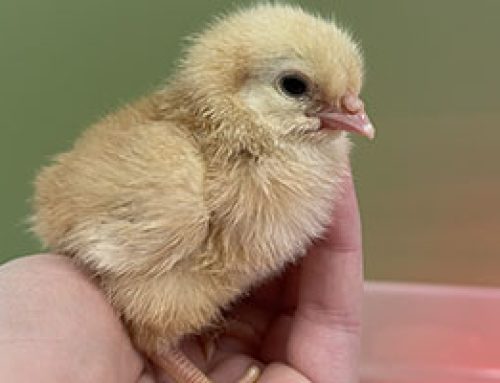 Hatching chickens at the library Gallery

Hatching chickens at the library 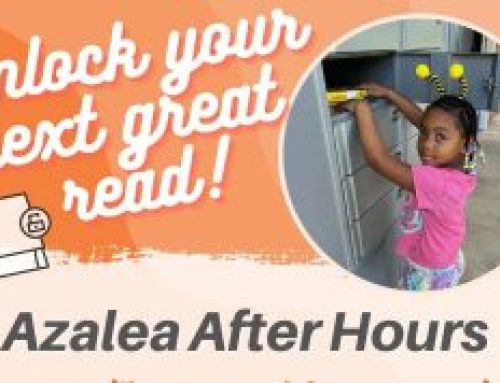