ATLANTA–In partnership with the Georgia Commission on the Holocaust, Georgia Public Library Service is proud to announce a tour of banner exhibits in public libraries statewide to preserve the memory of the Holocaust and to promote public understanding of the history.

The tour consists of three separate exhibits entitled Witness to the Holocaust: WWII Veteran William Alexander Scott, Georgia’s Response to the Holocaust: Survivors and Liberators with two copies on tour, and Fashioning a Nation: German Identity and Industry, 1914-1945. Each exhibit explores the individual stories of survivors and liberators who suffered during or sought to end World War II and the Holocaust.

The tour officially launches on March 28 and runs well into 2025, visiting 88 public libraries across Georgia. Library staff will have access to educational materials and reading lists for all ages provided by the Commission, allowing them to develop programs and help patrons explore the lives of those affected by the Holocaust, as well as the massive toll it took on society as a whole.

“Our libraries take seriously their roles in providing accurate and important information and educational resources that are accessible to all.  The Holocaust banner exhibit is an opportunity to foster understanding and discussion of a tragic time in our shared history,” said Julie Walker, assistant vice chancellor and state librarian.

The current tour is not the first time Georgia’s public libraries have hosted exhibits from the Commission. The last tour was in 2013 and ran for several years, visiting all parts of Georgia.

About the Georgia Public Library Service: The Georgia Public Library Service (GPLS) empowers libraries to improve the lives of all Georgians by encouraging reading, literacy and education through the continuing support and improvement of our public libraries. GPLS is a unit of the Board of Regents of the University System of Georgia. georgialibraries.org 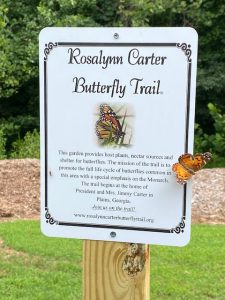 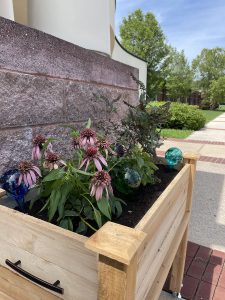 Join Our Newsletter and get a FREE Libraries Change Lives magnet*

Stay updated with all latest updates and stories.
*While supplies last
Get news and stories in your inbox.
We respect your privacy.

Powered by Convert Plus
Go to Top