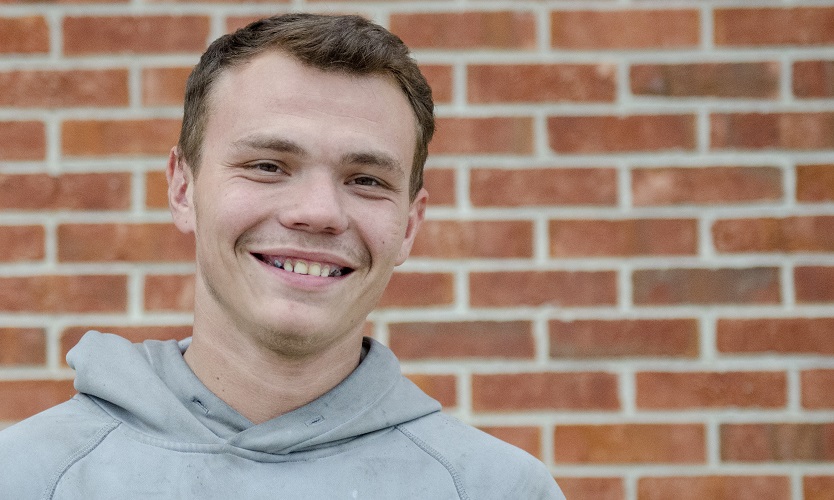 “I took parenting classes through Next Chapter. I also learned about nutrition and health, and then I started the GED track. I wanted to show my son that I could still turn my life around with support from the community. If I hadn’t done Next Chapter, I would be back in jail.” – Taylor Daniels

Finding an innovative way to fit the needs of their community is something for the Dade County Public Library to take pride in, just as they hope Next Chapter may offer a model for other Georgia public libraries to emulate.

For individuals leaving Dade County Jail in Trenton, Georgia, the barriers to re-entering normal life in the community may feel insurmountable. A large percentage of inmates don’t know how to use a computer, much less how to create a resume or navigate the internet in search for a job.

“The biggest failure in helping our inmates succeed in post-jail life is the very basics,” said Captain Joseph Chambers of the Dade County Sheriff’s Office. “Stuff we take for granted, like how to open a checking account, rent an apartment, or pay bills online.”

A collaboration among the public library, Sheriff’s Office, and Bank of Dade seeks to reduce the county’s 70 percent recidivism rate through an enrichment program called Next Chapter, which promotes digital literacy, economic self-sufficiency, and stable living for inmates of the Dade County Jail. The Next Chapter program is set to launch in its entirety by the end of summer 2020. 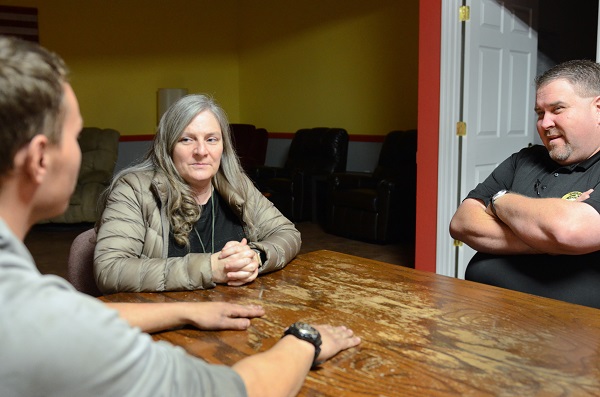 “Local jails must rely on local funding to provide educational resources to their inmates, but most rural areas cannot afford to fund this type of support,” said Marshana Sharp, manager of the Dade County Public Library. “We need these resources at the local level, when incarceration periods are short and there is still a chance for individuals to remake their lives to prevent a lifetime of repeat incarceration and separation from families.”

The idea that would develop into Next Chapter began at the library, which has utilized inmate labor for small projects like moving furniture or hanging decorations for years.

Through these projects, the library has been a positive role model in the lives of many inmates, who discovered that the library is a place where they can learn about computers, technology, and more. More than one inmate has asked library staff, “Can you teach us while we are in jail? And can you do it in a way that will help us change our lives once we’ve been released?”

“Marshana is highly respected among the inmates,” said Captain Chambers. “She would have a grown man cutting up a paper choo choo train at the library, and this 6-foot-4-inch guy would be competing with another inmate cutting out an airplane to see whose is better! She talks with them, listens to their stories, and she saw education was a gap in their success.”

Marshana reached out to Captain Chambers as well as Seth Houts, technology specialist for Next Chapter and assistant vice president of Bank of Dade, to figure out how they could design a program. 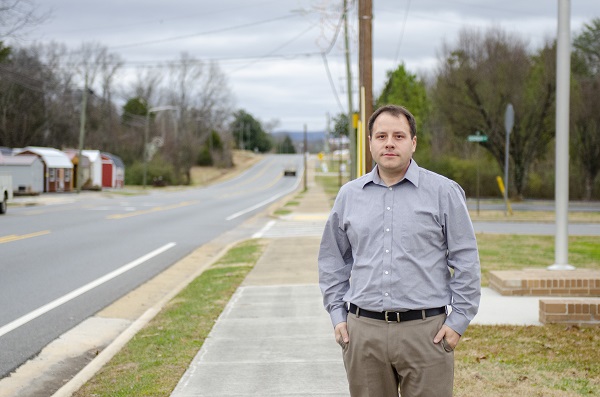 “Being from a small town means we have no bureaucracy. There were no committees, no board meetings. Just three people with an idea deciding how to implement it.” – Seth Houts, Bank of Dade

“This is a unique collaboration,” said Houts. “Being from a small town means we have no bureaucracy. There were no committees, no board meetings. Just three people with an idea deciding how to implement it.”

They developed Next Chapter in part by asking repeat offenders what resources they thought were needed to keep them out of jail for good.

“The answers we heard time and time again were technology education, GED certification, and help getting identification and documentation,” said Marshana Sharp. “The library has worked directly with the Dade County Jail to develop tracks of coursework that address each need.”

The foundation of each track is to help individuals become stable, self-sufficient citizens with the ability to navigate both the real and digital world.

Live GED classes will be held at the jail using a portable projector cart developed by Seth Houts. Other live lecture series will be offered using the same equipment.

Captain Chambers identifies inmates he believes may benefit from Next Chapter and invites them to participate; he follows their progress and assigns courses as needed.

Next Chapter was given a boost when the Dade County Public Library received a grant from the Institute for Library and Museum Services to fully fund a videographer for one year to film and edit coursework. Local organizations and residents can participate by teaching videos sharing their own skills.

“It’s characteristic of this town to collaborate; there aren’t many degrees of separation here,” said Houts. “We hope Next Chapter has an impact and grows. Let’s get people back in the community as contributing members of society.”

Local resident Taylor Daniels, 24, has been incarcerated five times in 10 years, but he has remained out since August 2019. In 2018, Captain Chambers identified him first as an inmate worker to the library, where he worked with Marshana Sharp, and then as an initial test participant for Next Chapter.

“I felt their trust and support when they allowed me to work at the library, and it showed me that I have more going for me than I thought,” said Taylor. “I wanted to get it right. I took parenting classes through Next Chapter. I also learned about nutrition and health, and then 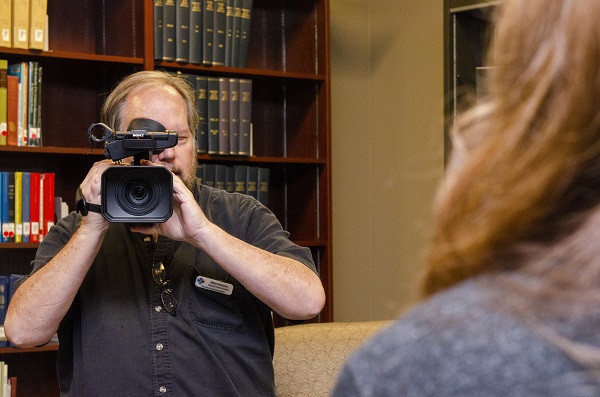 Dade County Public Library received a grant from the Institute for Library and Museum Services to fully fund a videographer for one year to film and edit coursework. Local organizations and residents can participate by teaching videos sharing their own skills.
The library will use Niche Academy as the online platform for Next Chapter, which means content can be shared with every Niche Academy user. All Georgia public libraries have access to Niche Academy through the Georgia Public Library Service.

I started the GED track.”

For Daniels, another turning point was when his 4-year-old son told him that when he grew up, he wanted to “go to jail like daddy.”

“I reflected on myself and began to talk positively; I wanted to show my son that I could still turn my life around with support from the community,” said Daniels. “If I hadn’t done Next Chapter, I would be back in jail.”

Now Taylor is employed at a local mechanic shop and becoming more involved in his son’s life.

“Children thrive in stable homes with stable parents,” said Sharp. “The current caregivers of these children, whether they are grandparents, single parents or family members, will benefit by having their loved one home and taking care of him or herself.”

Next Chapter is truly a community initiative. Judges are excited to have an educational resource to include in the sentencing of inmates. Local groups are eager to help: The Hands Up Ministry has agreed to help program graduates find housing and jobs and several local employers said they will hire them.

In this county of 16,285 residents, everyone stands to benefit from the success of Next Chapter. 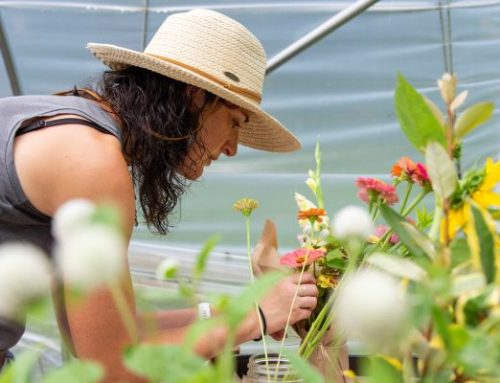 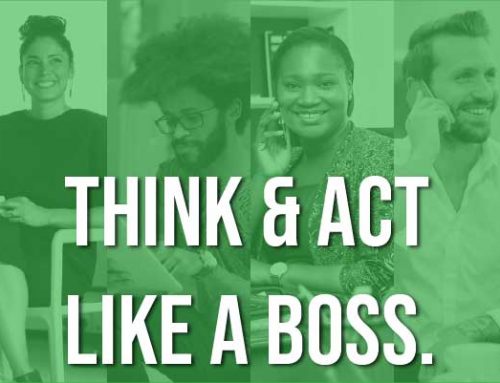 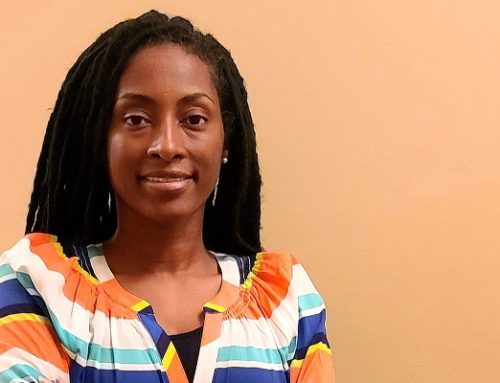 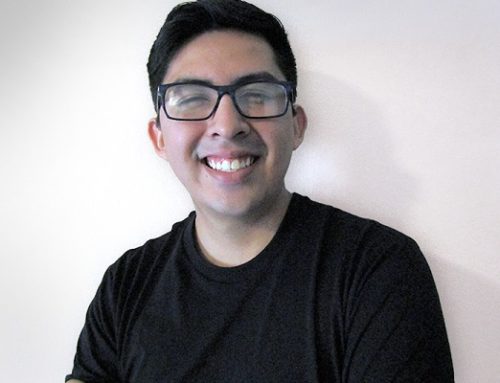 Elmer Ivon: Giving back through the library Gallery 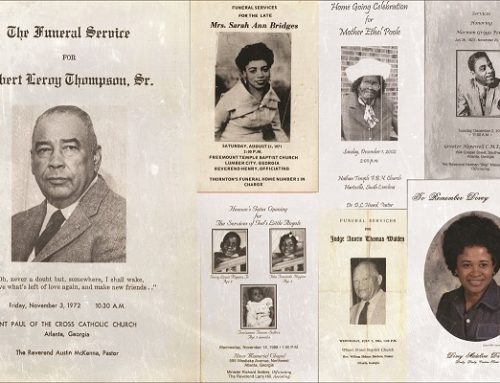