Georgia Public Library Service is pleased to award a lifetime achievement honor to Thomas M. Jones, retired director and jack-of-all-trades for Middle Georgia Regional Library System. He also served on the PINES (Public Information Network for Electronic Services) executive committee from 2008-2011. Throughout his career he was an advocate for library users and supporter of his fellow library staff members and colleagues.

Jones started as a library page with Middle Georgia Regional Libraries in 1972. Over the next 42 years, he served in many different roles. After earning his library degree in 1980, he began his professional librarian journey as a reference librarian. In 1986, he transitioned to leading the technical services department until 1994, when he became the head of information and technology services and remained there until 2007.

While he later served as the deputy director and then director of libraries for Middle Georgia Regional Libraries, his time as head of information and technology services provided a foundation for his most significant contributions to the library system and state efforts.

It was during that time that he served as project manager for the pilot project for Georgia Library Information Network. This project introduced the processing of Inter-Library Loans, representing the first time that libraries across Georgia used computers to work collaboratively, using dial-up internet. When the statewide library card and interlibrary loan system, PINES, launched, Jones was involved in early implementation and catalog integrity.

“He was always a voice of reason, someone who understood the big statewide picture and good at translating local data into formats that would work for all of PINES,” said David Singleton, director of Live Oaks Public Libraries.

Until his retirement in 2014, Thomas continued to serve on various statewide committees and was a longtime member of the Georgia Library Association. He also successfully obtained local and national technology grants to improve Internet service in the Middle Georgia Regional Library branches and to update the library’s genealogy collection, which has become the gold standard for genealogy rooms in Georgia public libraries.

“Jones’ many small steps over his 42-year career has earned him the recognition of an early technology adopter and significant contributor to Georgia public library patrons and staff,” said Jennifer Lautzenheiser, director of Middle Georgia Regional Library System. 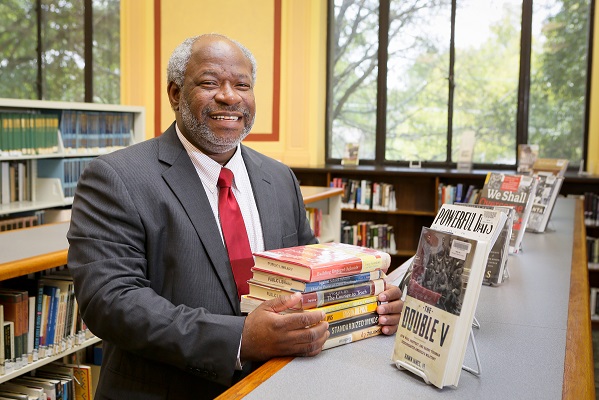 The Cherokee Regional Library System has been recognized as Library of the Year for their efforts to meet the needs of their community before and during the COVID-19 pandemic. Their four branches, with approximately 30 staff members, serve a population of around 86,000 in Dade and Walker counties in northwest Georgia.

“It’s important to us that we not only provide basic library service but that we look around our community and stand in the gap in as many areas as we can,” said Director Lecia Eubanks. “We continue to be the place in our community for high-speed Internet access, communal meeting spaces, high quality family programming, preservation of our local history and a safe place to just hang out.”

Some of the library’s recent projects include:

Library leadership understood the important role the library plays in the lives of their community, and they crafted a strategy for their branch to remain open throughout the pandemic, with important safety protocols in place.

“The demand for library services was so great in our community that the Walker County Government committed additional funding to double library daily operational hours,” said Walker County Commissioner Shannon Whitfield. “Since September, students have utilized over 240 tutoring sessions, while visitation at the library branches as a whole has broadened over 33 percent. Computer, WiFi, and study room use have also experienced significant increases.” 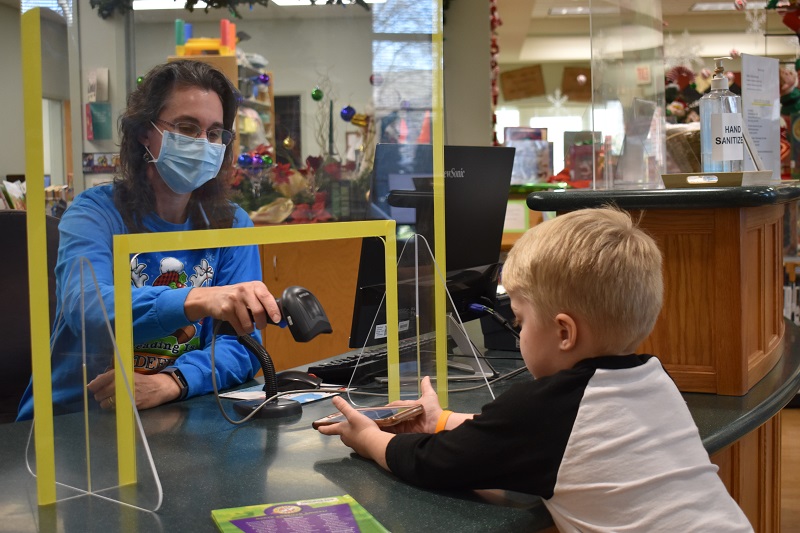 Librarian of the Year: Marquita Gooch-Voyd

Marquita Gooch-Voyd has been named public librarian of the year. As assistant director of the Clayton County Library System, she implemented a hotspot checkout program for patrons, improved the library’s technology so that they could move their programming seamlessly online when COVID-19 shutdowns occurred, grew the library’s presence on social media to bring in new patrons, and shared best practices for her peers by serving on committees and presenting statewide and nationally.

“She has been instrumental in teaching us the latest technology so that we can take that information back to our community,” said her co-worker Erica Ware. “She makes it simple and easy for us to understand. Also, she is always serving in some aspect in the American Library Association, Public Library Association, and Georgia Library Association. She is a great example for a young librarian.”

Gooch-Voyd supervises two branches and 17 staff. She is responsible for maintaining the technology budget and grants, providing system-wide training on new and updated technological software and hardware, creating and facilitating technology-based classes, and managing the headquarter library’s makerspace and classes.

“The Clayton County Library is and has always been a staple in the community,” said Gooch-Voyd. “We are a place of exploration and innovation, and a place to try new things. Even during the pandemic, we are trying our best to give 110 percent to our patrons. I am privileged to play a role in helping our community thrive during these difficult times.”

Gooch-Voyd began her library career at the Atlanta-Fulton Public Library system as a senior library assistant and then social media and web page coordinator at the Auburn Avenue Research Library on African American Culture and History, where she honed her skills for creating memorable community based programming and events. She relocated to Maryland and began working as a school librarian for the District of Columbia Public Schools. Currently, she serves as the assistant director for technology and training for the Clayton County Library System and is the Vice President of Marketing for the Georgia Library Association. 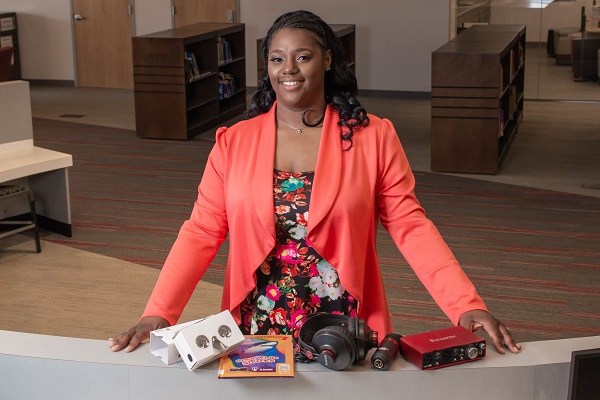 Georgia’s Public Library Champion of the Year is Dr. Steve Whatley, former board chair and longtime trustee at the Newton County Library System. Dr. Whatley was an educator for more than 36 years, including serving as Superintendent of Newton County School District prior to his retirement in 2010. Champion of the year is presented to an outstanding advocate who is not employed by a public library, but whose support significantly raised the profile of libraries and improved services.

“Over the past 10 years, the library system has faced severe budget cuts, two recessions, a pandemic and a series of staff layoffs,” said Lace Keaton, director of the Newton County Library System. “During this time, Dr. Whatley’s steadfast leadership successfully guided us through many difficult days. On each and every occasion, he was well prepared, on time, and knowledgeable about all library issues.”

Keaton recalled one time when the budget didn’t allow the purchase of needed new library chairs, and Dr. Whatley led a project to refinish 121 chairs by recruiting volunteers, supervising the process, and laboring every day for four hours over six weeks.

This year, Dr. Whatley guided the library board through important decisions to continue meeting community needs during the COVID-19 pandemic. His advocacy and leadership efforts on behalf of the library remained steady until he and his wife both contracted COVID-19. Dr. Whatley’s wife of over 50 years, Maryilynn, succumbed to the illness in September and, while Dr. Whatley recovered, the ordeal led him to step down from the board.

“Even this gesture demonstrates his status as a library champion, as it reflects his sincere belief that the role — that he loves and personally needs more than ever — deserves more than he is able to bring to it under the circumstances,” said Read Gignilliat, library supporter and attorney. 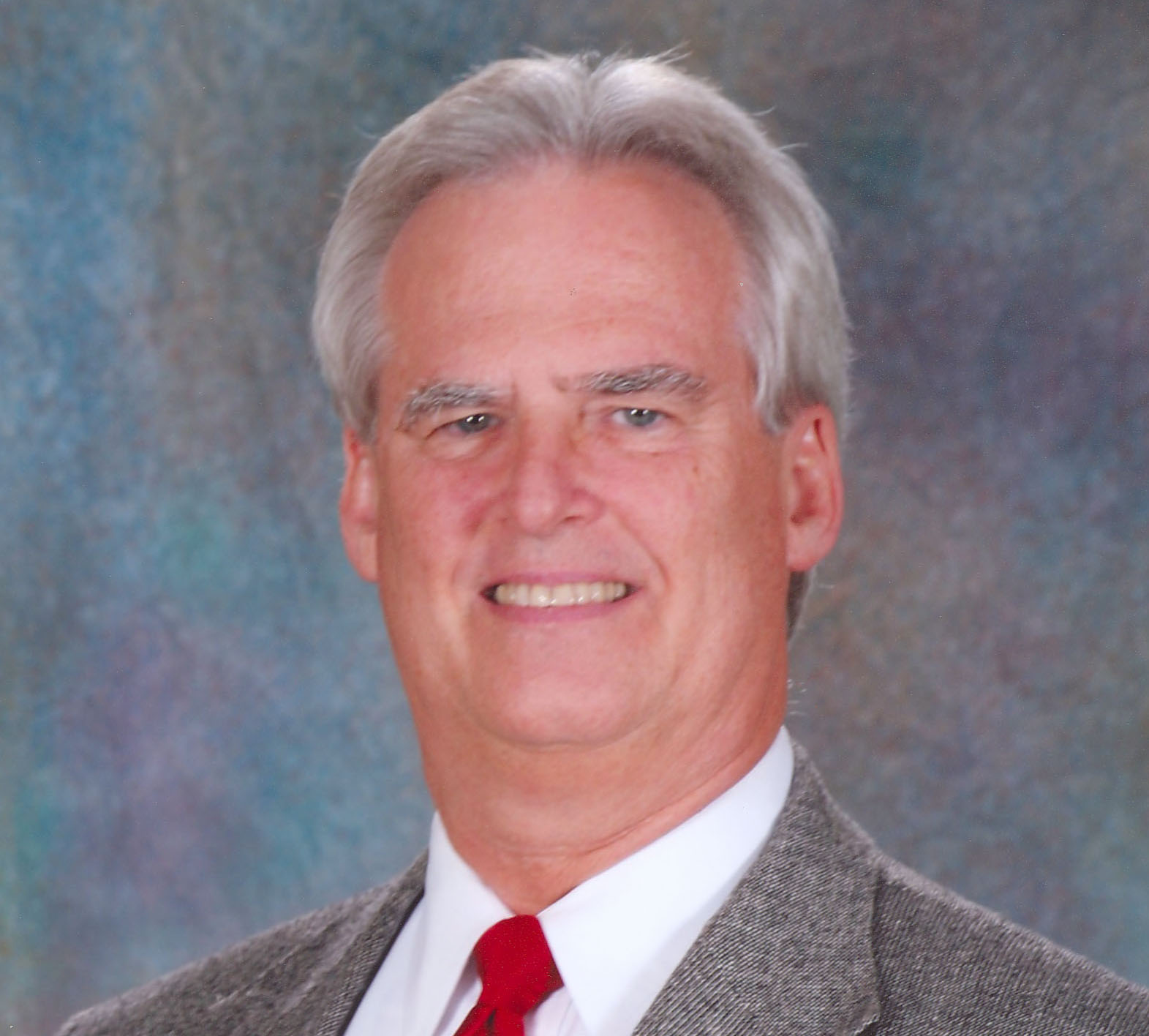