Georgia Public Library Service is pleased to award this year’s lifetime achievement award posthumously to LeRoy Childs, the first black public library director in Georgia. Throughout his career, Childs was active in the formation of state and national library policy.

“This award is a testament to the selfless blood, sweat, tears, racial barriers, tenacity, and determination to honor a higher good that my grandfather did for the library system as a whole, but more specifically his community in times where many of the people he reached could not visit the library and take advantage of the many benefits that it afforded others,” said Kirsten Childs.

He was director of the West Georgia Regional Library System from 1976-1986, having begun his career there in 1951 as the bookmobile librarian before becoming a branch manager from 1951-1967, assistant director from 1967-1974, and deputy director from 1974-1976. Childs served as treasurer of the Georgia Library Association before becoming the first black president elect in 1986. He also served as chairperson of the Georgia Council of Public Libraries. He was appointed by Gov. Joe Harris to serve on the Georgia committee for the White House Conference of Libraries.

Childs served tirelessly to improve the reach and capacity of libraries by helping to shape policy. His life was rich with acts of service.

“Mr. Childs’ contribution to public libraries and to young library directors can not be underestimated,” said Steve Schaefer, retired director of Uncle Remus Regional Library and 2015 Georgia Public Library Awards winner as Librarian of the Year. “He was a true leader among his fellow directors.” 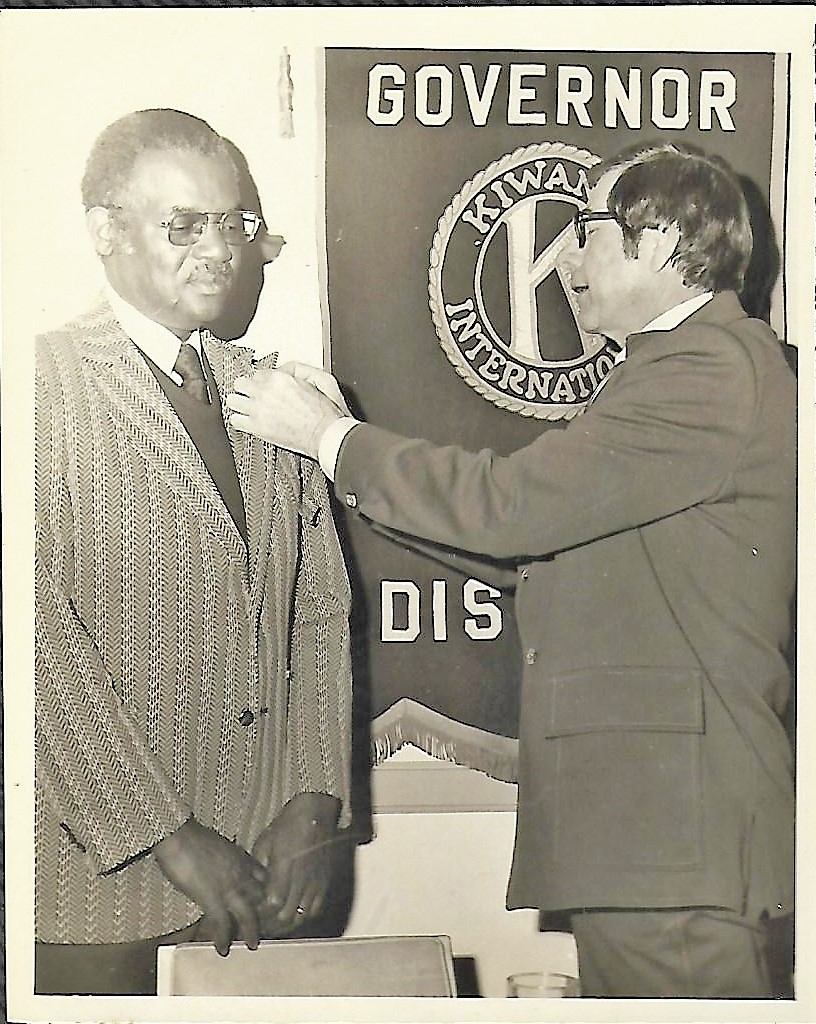 The Okefenokee Regional Library System (OKRLS) has been recognized as Library of the Year for its work connecting communities and creating space for public engagement in five counties in Southeast Georgia. The system strives to provide programs that actively bring together people with shared interests such as LEGO, textile arts, and anime clubs; a bingo group; monthly cooking program; DIY club and many more, such as OkeCon, an annual celebration of geek culture with over 500 attendees.

“Our staff members are fortunate to live and work in some of the best communities in Georgia, and these communities are at the heart of everything we do,” said Director Martha Powers-Jones. “We make sure that each person we meet – whether in the library or through our outreach services – feels valued, respected, and connected at the library and through our services. To us, the library isn’t just a place but a service – for everyone!”

OKRLS has also worked hard to ensure that each branch in the system has the same access to technology with updated computers, onsite 3D printing, virtual reality systems, and a traveling STEM collection. This gives students and other library patrons in rural areas access to equipment, opportunities, and experiences that help them compete in a global environment.

Staff at each branch seek to engage community members at events and in schools. Each branch manager works hard to be where they’re needed and reach every member of the community.

“The ones who need the library the most are sometimes the hardest to reach,” said Sherry Spell-Tanner, manager of the Waycross-Ware County Public Library. “But when we do reach them, the difference it makes to them is huge.” 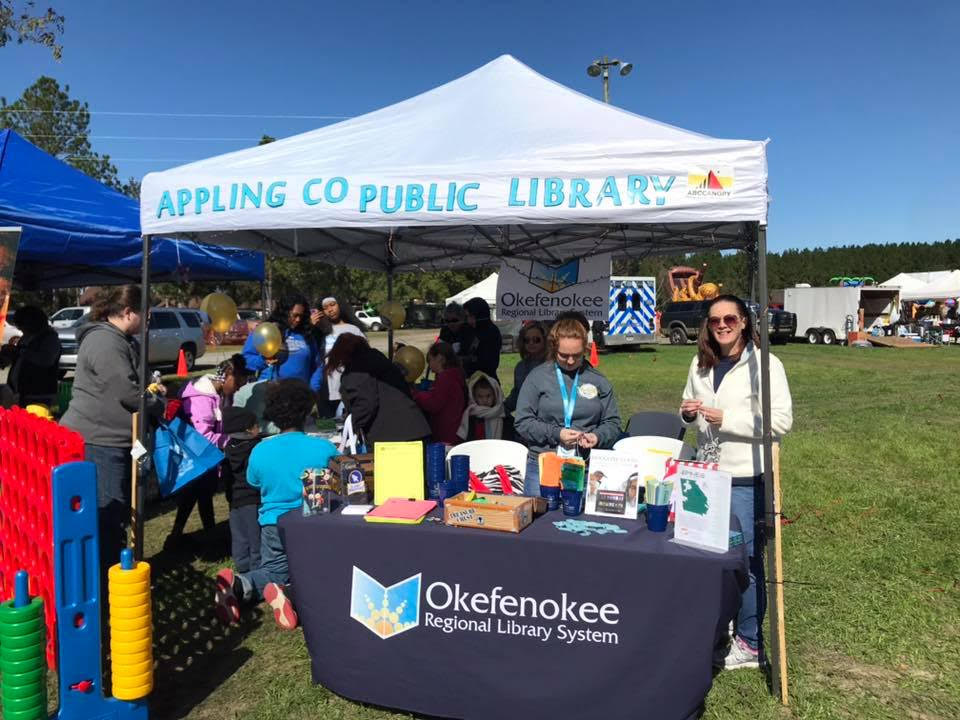 Librarian of the Year: Stephen Houser

For his efforts to lead his library system through a very public and political local funding crisis, as well as launch innovative and nationally-recognized programs, Stephen Houser, director of Twin Lakes Library System, has been named Georgia Public Librarian of the Year.

“The first thing you discover about him is that he’s always willing to take on a new challenge, whether that be chairing statewide committees or trying to bring innovative technology to his community,” said Richard Groves, director of the Catoosa County Library. “For example, Stephen was one of the first directors pushing for a student card in the PINES system, which will be a benefit to all 302 PINES libraries.”

With Houser’s leadership, the Twin Lakes system was one of just eight libraries nationally to receive a grant from the Institute of Museum and Library Services to provide internet access in public spaces.

In Milledgeville, a rural city of about 18,600 residents, the library is a key internet provider for many.

“Our library strives to deliver free access to its services to all community members, and this is part of our mission of connecting our resources to our patrons,” said Houser. “This grant allows us to be at the forefront of library services, especially in rural communities, while also adding value to taxpayer dollars by expanding the availability of the services that we already offer.”

Despite local successes, the Twin Lakes Library System found itself almost losing all state aid and most local funding, as local government officials were unable to come to an agreement to fund the library, among other services.

“Stephen’s messages to his community about the value and importance of libraries were truly inspiring and reminded me of why I decided to become a librarian,” said Groves. “His messages told of the positive impacts all of our libraries have on individuals and how our communities would lose an important part of their identity when they lose their local public library. I’m sure his messages were an integral part of rallying support behind the library to keep its funding.”

Houser has served as director of Twin Lakes Library System since 2014. He also led the Georgia Download Destination (GADD), an ebook consortium, from 2015-2019. He currently leads the Regents Public Library Advisory Committee (RPLAC), which represents the state public library systems on behalf of the Board of Regents of the University System of Georgia.

Georgia’s Public Library Champion of the Year is Dr. Gordon Baker, who most recently served as a library trustee at Henry County Public Library from 2001-2018, including as the board’s chair from 2005-2018.

Champion of the year is presented to an outstanding advocate who is not employed by a public library, but whose support significantly raised the profile of libraries and improved services.

Dr. Baker has been described as “Mr. Library” for the State of Georgia. As trustee and board chair at Henry County Public Library, he guided the board through tumultuous times with serious funding challenges.

He worked at the Clayton State Library for more than 15 years; currently he is Dean of Libraries Emeritus. He also serves on the American Library Association’s United for Libraries Board of Directors.

“Gordon has been the strong foundation that has supported great work in all Georgia libraries, especially public libraries, for many years,” said Jennifer Lautzenheiser, director of Middle Georgia Regional Library System. 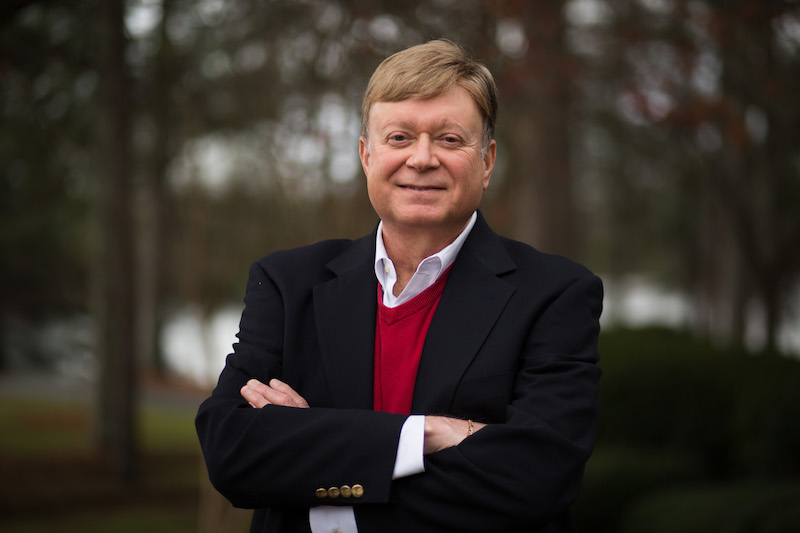