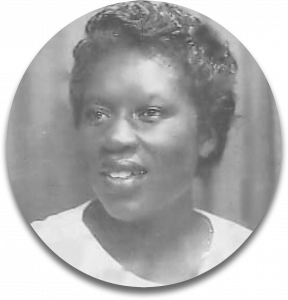 “A lot of women just needed someone to hold their hand and tell them it would be all right. What I got out of it most was helping women.” – Ms. Pinkie Simmons, 95, who was a midwife for more than 30 years.

A newly digitized oral history collection held by the Roddenbery Memorial Library in Cairo, Georgia, offers a breadth of information and stories about the African American experience there during the early 20th century.

The collection, titled “They Endure: A Chronicle of Courage,” includes over 80 interviews recorded in 1981-82 and 50 digitized slides of African American churches and cemeteries in Grady County. Digitized collection materials are available online through the Digital Library of Georgia.

In one interview, Mrs. Susie Scott discusses her role as a church historian and shares information on the historical beginnings of her congregation, located near Whigham, Georgia:

“During the latter days of slavery, they [the enslaved worshippers] would just meet out there, somewhere where they thought they could be safe, you know … This land was purchased Dec. 20, 1878, and the first church was a log church,” she said.

Each of the interviewees brings forth personal memories and recollections about life in Grady County.

Ms. Pinkie Simmons is a lifelong resident of Cairo, Georgia, who recently turned 95. She has always loved history, and so she jumped at the chance to contribute her interview to the collection in 1981. She is glad the interviews have been digitized.

“It’s important for younger people to learn about history,” she said. “For some, if the collection weren’t available online, they wouldn’t be able to experience it.”

In her oral history interview, she talked about being a midwife for more than 30 years.

“So, I delivered one baby after another, sometimes five babies in 24 hours … that was the most I delivered in one day.” When asked how many babies she delivered in her career, Ms. Simmons replied, “Five hundred was the last count, but I’ve delivered a few since then,” she said.

Ms. Simmons enjoyed midwifery because she could help women, most of whom were very young, separated, or widowed.

“A lot of women just needed someone to hold their hand and tell them it would be all right,” she said. “What I got out of it most was helping women.”

Other interviewees include prominent community figures, educators, domestic workers, church officials, and farmers. While each of these stories is different, together they portray the community’s resilience and endurance through social support networks.

“I am so excited to have these voices heard again,” said Janet Boudet, director of the Roddenbery Memorial Library. “Most of the interviewees have been deceased for 15 to 35 years now. The release of these recordings is a wonderful opportunity to hear how a specific generation and group of community members endured hardships of their own.”

The interviews were recorded by Dr. Robert Hall and Frank Roebuck as a part of a grant from Georgia Humanities. The project emphasized community participation, and interviewees were encouraged to submit copies of photographs, documents, and collectibles to Roddenbery Memorial Library.

“Oral histories are a great tool for students and educators,” said Project Director Angela Stanley. “Not only can students hear the voices of real people from their community, they also come to understand that ‘history happened here,’ and that that history often shares the same DNA as larger economic, cultural, and social movements.”

Georgia Public Library Service digitized the collection as part of its work to help public libraries preserve their local history and genealogy collections and to increase public access to free, online primary sources of local history. A list of GPLS digitization projects can be found here.