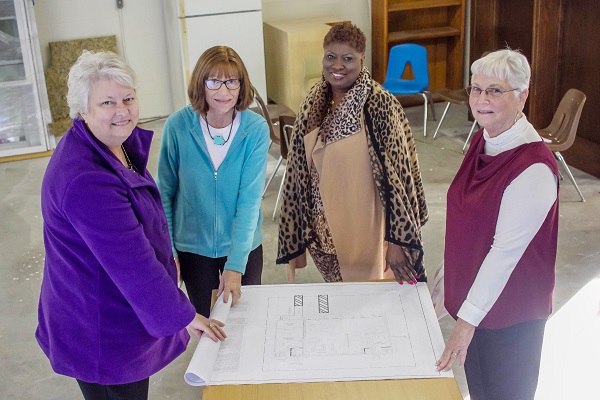 Public libraries in rural places provide a place for community members to get to know each other as they access resources like free high-speed internet and the PINES statewide catalog.

Having a local library was so important to the rural communities of Hog Hammock and Woodbine, Georgia, that they advocated for years to have them established. Here are their stories.

One of Georgia’s most unexpected libraries sits about 20 minutes off the southeast coast on Sapelo Island, a state-protected territory only accessible by ferry boat or aircraft. Visitors must preregister for tours to access the island. 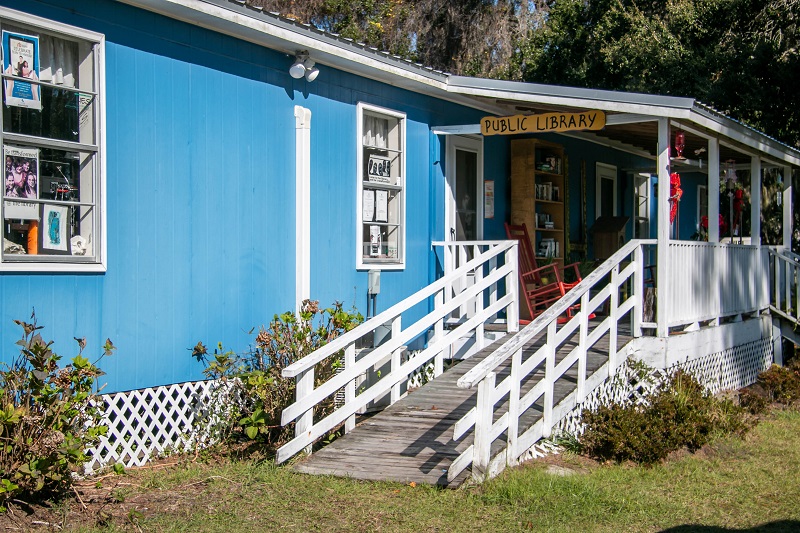 On Sapelo Island is Hog Hammock, one of the last surviving Gullah-Geechee communities. It’s a tight-knit, culturally rich community founded by former enslaved people. At the center of the community sits a small, blue, former two-room schoolhouse: the Hog Hammock Public Library.

“The library started as a room inside of the local preservation organization, the Sapelo Island Cultural and Revitalization Society,” said Dr. Diana Very, director of Three Rivers Regional Library System. “People could borrow books, but there were no activities for the community.”

The library became a branch of Three Rivers and a PINES member in the mid-2000s.

“The community embraced the new branch from the very beginning,” said library board member Renee Valle-Hay. “The library was run by an all-volunteer staff for the first 10 years or so.”

Now, the library is open three days a week for 20 hours and operated by paid staff. Through PINES, patrons of this remote library have access to more than 11 million library materials across Georgia. 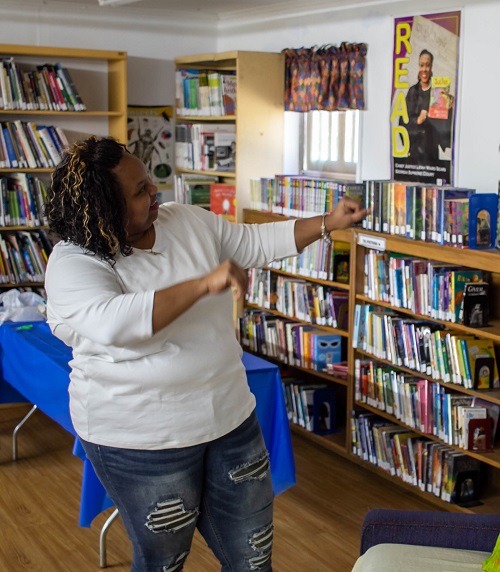 Hog Hammock Public Library manager Shun Gaskins shows off materials in the youth area of the library. “They really enjoy it here. We try to provide books and resources that we think kids will like.”

Shun Gaskins has managed the library for almost six years.

“Hog Hammock is a one-of-a-kind, special place. Everyone is family,” she said.

“I’m working on creating evening programs right now,” said Gaskins. “We will get better participation at night since the kids are in school on the mainland during the day. We are developing computer classes for the Hog Hammock community, who don’t know much about computers and the internet. I hope people will use the skills they gain to share stories about Hog Hammock and Sapelo with the world.”

The library is the only place in the community that has 24/7 internet connectivity for the public.

When speaking of the library’s impact, Director Very says it’s a “culture center.”

“The library has resources and artifacts about the history of the island and community. We also have a gift shop where people can buy souvenirs. We not only contribute to the knowledge of the people on the island, we contribute knowledge about the island to people who visit.”

In 2019, the library installed solar panels that provide electricity.

Tim Echols, vice chairman of the Georgia Public Service Commission, was instrumental in this project. He engaged the Hog Hammock Foundation and community partners YellaWood, Southern Current, and EDF Renewables for resources to build the solar pavilion and install the 16 panels. The installation will provide free electricity to the library for the next 30 years.

Gaskins is also proud of the library’s impact. “We have been able to keep the library relevant despite limited resources. I’m happy to introduce the community to new technologies. I enjoy teaching them about the internet, email, and the resources through PINES that can enhance their lives.”

About 30 minutes south of Sapelo Island sits an abandoned building in Woodbine, a rural community in the southeast corner of Georgia. It was once a city fire station. Soon it will be the new Woodbine Public Library.

Only a few chairs and furniture donated by the school system occupy the space, but eventually the building will be a full-service library with public computers and community spaces.

“We don’t have a library on the north end of the county. It’s desperately needed and has been for many years,” said Lannie Brant, District 1 Commissioner in Camden County. “When I was younger, the library helped me immensely. Now, I have a 12-year-old granddaughter who is home-schooled, and having a library in her community will give her and other students opportunities I had growing up.”

Chuck Byerly, chief deputy of Camden County, shares this enthusiasm. “I’m always looking for something to do with my kids. Unfortunately, there’s not a lot to do in Woodbine. This library will be a place we can get together. We have computers and the internet at home, but the new library gives us a place to interact with other families face to face in the same space. My child will have a chance to build friendships and I’ll be able to spend time with other parents.”

The idea to open a library in Woodbine started with the Woodbine Woman’s Club in 2015.

“The club has different areas that we focus on – public issues and education being two of them. Opening a library was a perfect way to address both,” said library trustee Rhetta Sutton. “Janet Heath, who’s a member of the Woman’s Club, came up with the idea and she stuck with it.”

The club has hosted several events to raise support and enthusiasm for the library. One of the most popular programs was the “History of Woodbine,” which celebrated the history and culture of the area.

Both the city of Woodbine and the Georgia General Assembly have been integral in the project.

“The city gave us the building,” said Colleen Weinkle, a library trustee. “They put on a new roof, did some plumbing work, and gave us a new A/C unit. They’ve been very thoughtful, very helpful and are excited about the prospect of having a library here.”

Sen. William Ligen, who represents the district, is a supporter of public libraries. 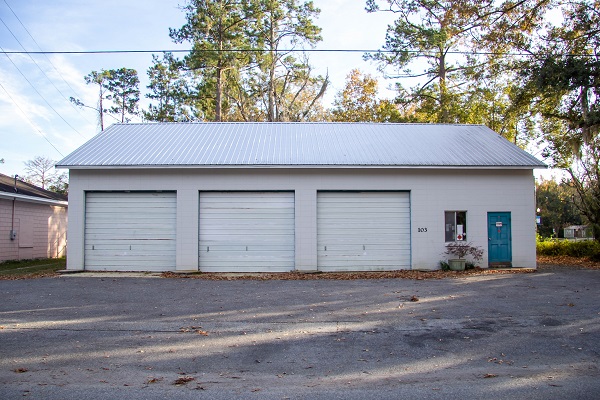 Former firehouse that will be the Woodbine Public Library

“Libraries provide important research and literary resources for many of the residents of our county,” said Ligen. “They are especially important for children as they encourage students to read and provide a quiet space for them to study. In addition to books, libraries provide internet access and educational programs fostering lifelong learning and literacy skills that open the door to future possibilities.”

“I’m excited about the library coming because it can help people and help the community,” says Lily, a student at the local elementary school. “I look forward to reading, talking to my friends, and maybe starting a book club.”

The Woodbine Public Library is slated to open later in 2020.