Carlin Breinig has been providing cooking programs as a library performer for around 12 years.

Throughout her time performing, she noticed how much a library could do more than just offer books.

“The library is kind of like the community center, and the whole hub of the town,” Breinig said. “Where the people gather together and it’s really personal.”

Breinig said librarians really know the patrons of their library, and because of that, patrons have gained support and opportunities.

One of these opportunities given to people was making new friends.

“The last time I was at Calhoun, there were two women, and one was kind of new to the area,” Breinig said. “And they started talking during cooking class, because everybody participates and works together. And by the end of the class, they were exchanging numbers, and they made new friends.”

The way the library offers support for patrons comes in the form of a safe space.

Breinig said a veteran, who had lost a loved one, was a patron, and he gave her the most impactful and moving moment she’d seen in the library.

After one of her performances she remembered hearing a librarian say, “Oh it’s so nice to see that man.”

“I don’t remember his name. But he had PTSD. And he had lost his wife and he wasn’t real social,” Breinig said. “He’d come to the library and read and stuff, but he kind of stayed by himself.”

At her cooking class, she was able to see that change.

“Well, he came to the class and he joined in and he was talking to people,” Breinig said. “And the librarians know the people so well, they were so happy to see him being able to interact with some other people that he hadn’t really done before, during the cooking class.”

Not only were there impactful moments between patrons, there were also impactful resources for individuals.

Breinig said that the library has no barriers for people to learn, be entertained and to have fun.

“Oh, my gosh, it opens up so much of the world,” Breinig said. “If you can’t travel, physically, you can still read about it. They’re public libraries. So there’s so much, no cost, things available like zoo passes and the park passes, and movies and music, magazines.”

The library has been a part of Carlin Breinig’s life even before her career as a library performer began.

Before becoming a chef, Breinig started college as a library science major.

“I’ve always been a big reader, and when I was young we went to the library every week and got books,” Breinig said. “Until I started doing the cooking things, I never really thought about the library performers and everything librarians do to make sure there are programs for every age.”

Throughout the years, she has watched the library serve communities, even during uncertain times amid the pandemic.

She said that the libraries have maintained their service with the same intensity during the coronavirus pandemic.

“Just seeing how they’re still interacting with people through zoom or making up craft kits for people to pick up and take home,” Breinig said. “Just staying involved and how it keeps imagination alive.”

While working as a library performer, she has seen friendships form, people learn new skills and the world be opened to people and communities.

“I have always loved reading and going to the library, but there is so much more happening than finding a book,” Breinig said.

Read more stories about how libraries have impacted people and communities here: https://georgialibraries.org/library-story/ 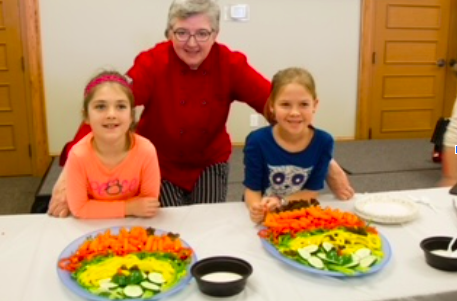 “The library is kind of like the community center, and the whole hub of the town,” Breinig said. “Where the people gather together and it’s really personal.”